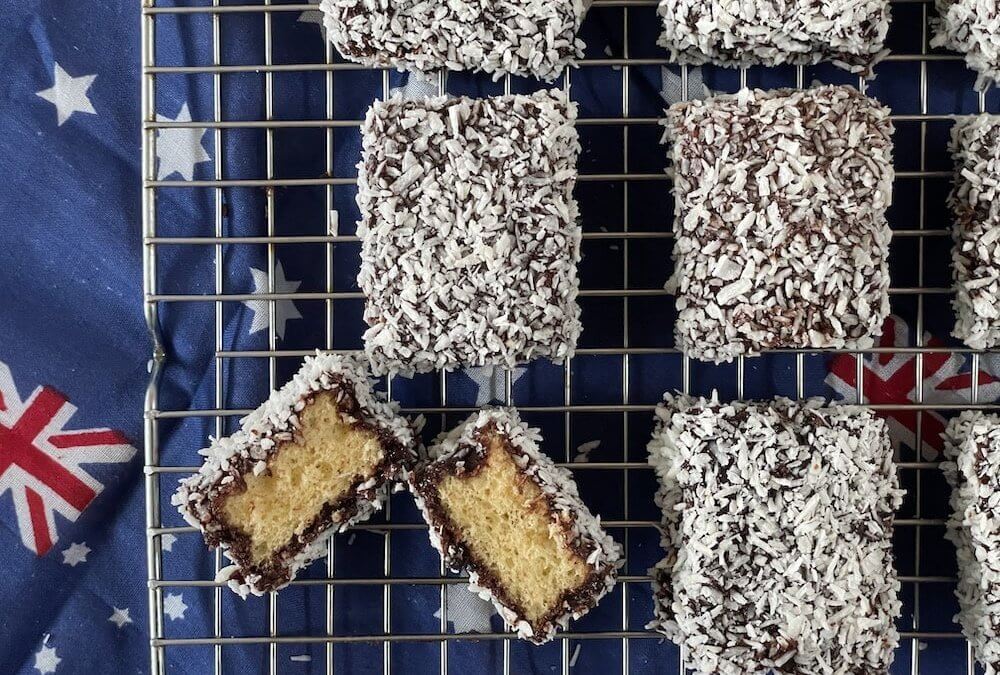 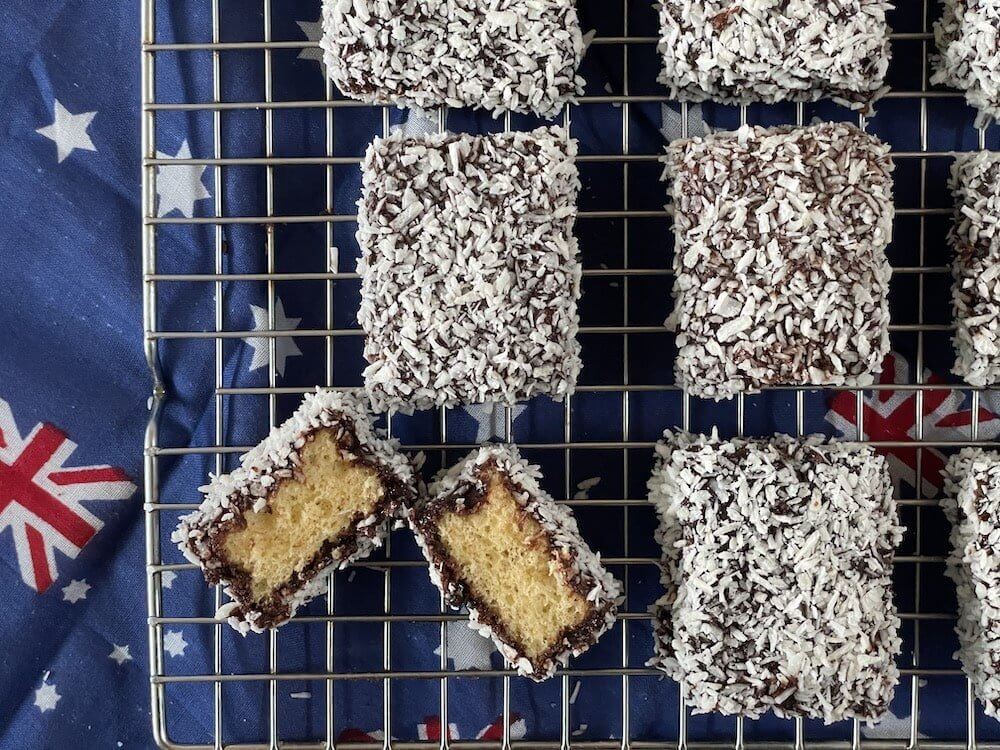 If you are a fan of chocolate and coconut, then these gluten-free Lamingtons may become your favourite sweet treat. It certainly is a big winner in Australia where it is considered a national cake. In fact, it is so popular that National Lamington Day was established in 2006 by the Australian government and is celebrated on July 21 every year in Australia.

Nowadays, lamingtons are a household favourite, a school box treat, a party piece and a traditional sweet to serve on Australia Day every 26th of January. 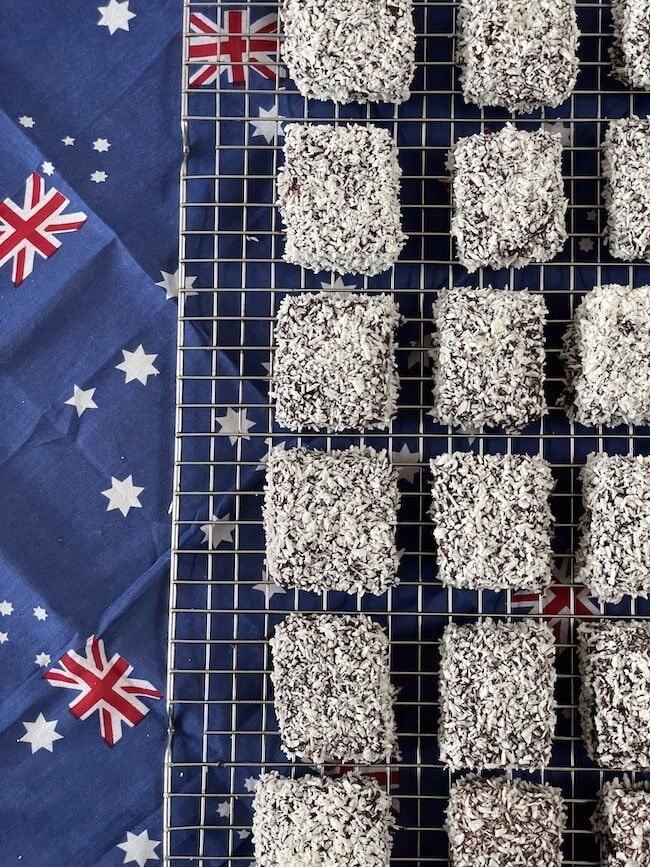 What is a Lamington?

Lamingtons are soft sponge squares or rectangles sponge cakes, made gluten-free in this recipe, dipped into chocolate icing and rolled generously in desiccated or shredded coconut.

How to eat Lamingtons:

Lamingtons are perfect with a cup of tea, either served plain or with some strawberry jam in the centre.

According to my Australian friends, the most popular way to enjoy lamingtons is “plain” with just the chocolate icing and coconut.

However, some take them to the next level and serve them as a dessert with strawberry jam, fresh strawberries and whipped cream sandwiched between a split lamington. 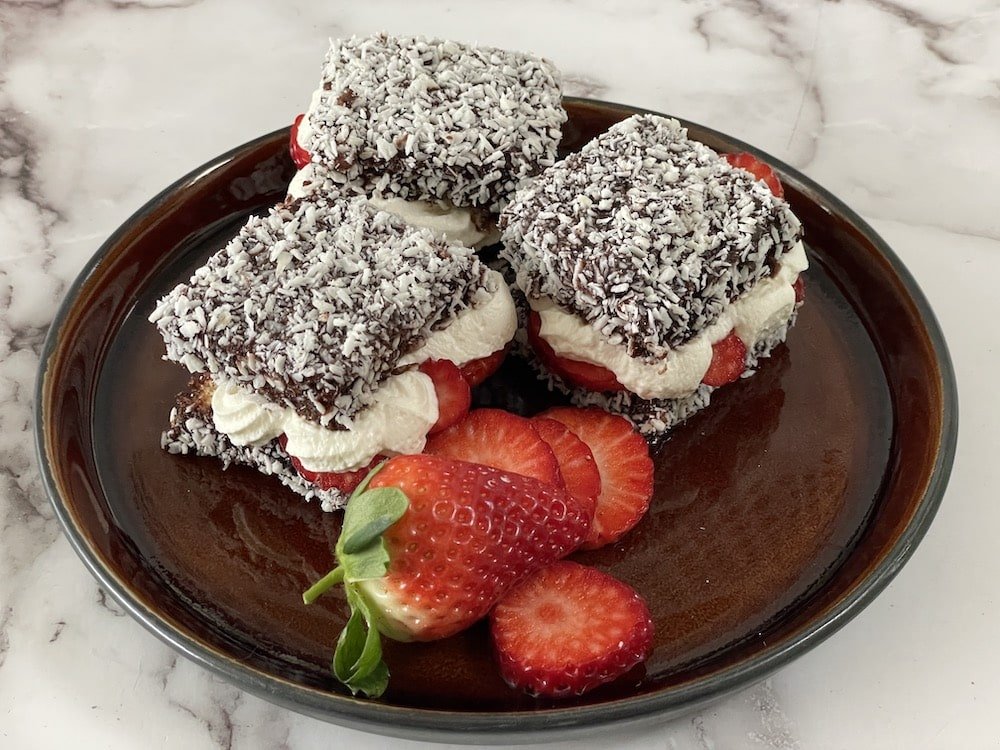 Some tips for the perfect lamington:

Beat the eggs following the exact times indicated. It is important to achieve a pale and thickened batter for the cake to turn out soft and fluffy.

Use gluten-free self-raising flour. For those who cannot buy store-bought S.R.F., I have a homemade gluten-free blend recipe here.

Fold the flour into the egg mixture gently, but thoroughly.

Use a low-sided baking tray, used typically for slices or sponge cakes.

Bake on the second bottom shelf at 180°C/350°F for 25 mins or until a toothpick inserted in the centre comes out clean.

Freeze the cake pieces for 1 hour. Coating the frozen cake will make dipping and coating much easier.

In Australia, icing sugar mixtures are readily available to use in the chocolate icing. This blend is usually made with a small addition of cornflour and some stabilisers which strengthen the binding and thickening of the icing. Again, if you are unable to find the equivalent in your country, I have added the measurement of cornflour in the recipe card needed to create a similar mixture.

Sift the icing sugar and cocoa to prevent lumps from forming in the chocolate icing.

To prevent the chocolate icing from becoming too thick, keep the bowl over the simmering water, but do not let the water come in contact with the bowl or the icing will seize and not form a glossy syrupy icing.

Remove the frozen cake squares, a few at a time from the freezer when ready to coat them with the icing and coconut. If the cakes defrost too much, the icing can drag off the outer layer of the cake and will prove to be very difficult to coat, plus look unappealing.

Once assembled, allow the lamingtons to set for at least 30 minutes before serving or chilling for later. 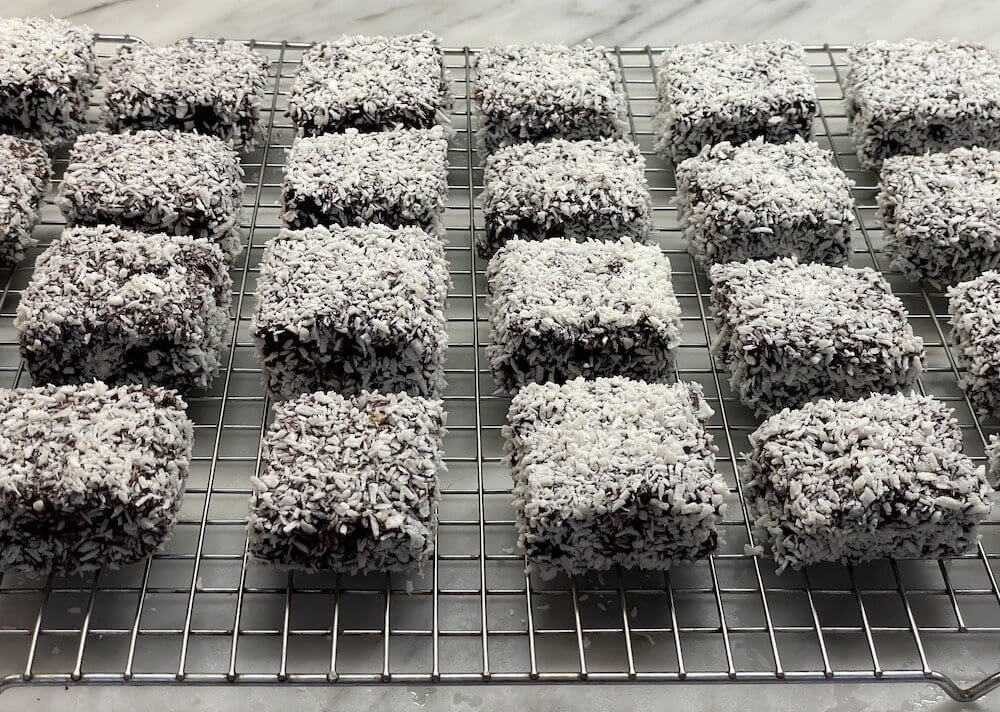 Freezing lamingtons are highly recommended. Eating them frozen is absolutely delicious, especially on a warm January day in Australia! 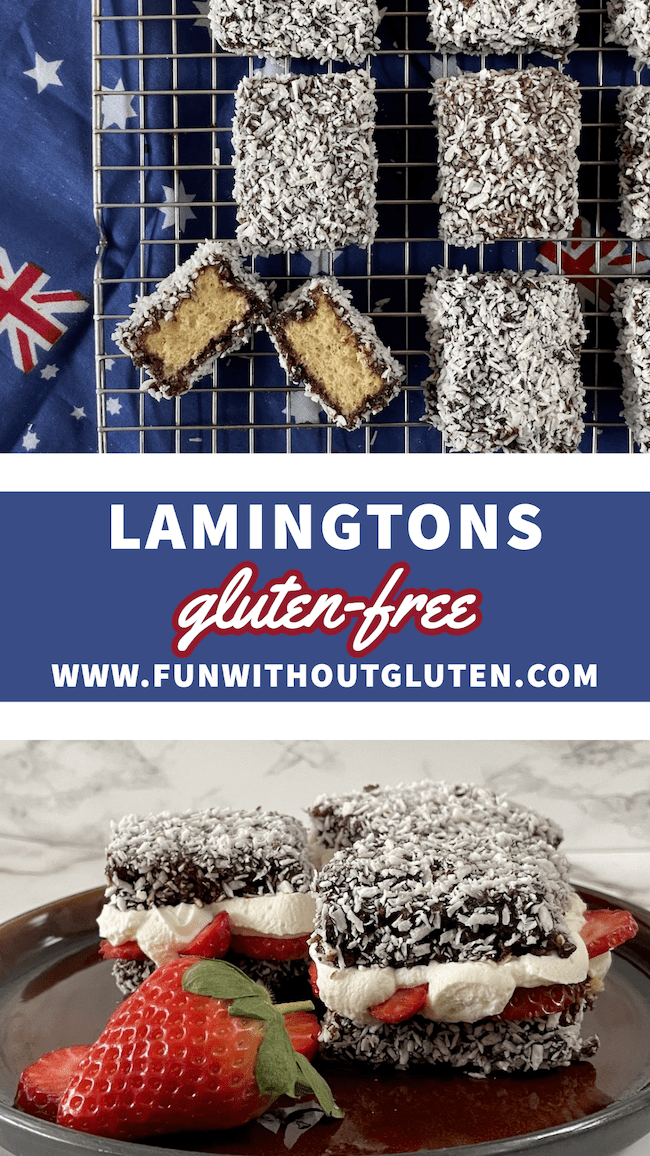 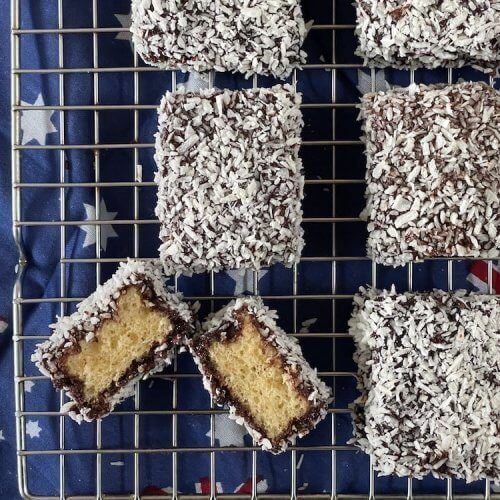 by Sandra - Fun Without Gluten
Lamingtons are a household favourite in Australia all year round, but especially iconic on Australia Day which falls on the 26th of January every year to celebrate the independence of Australia.Using my gluten-free sponge cake makes these delicious lamingtons a welcomed gluten-free option, followed by a good coating of chocolate icing and a generous amount of coconut to complete this masterpiece.Trust me, even if you don't have a sweet tooth, these Lamingtons will win you over and the best bit is that you can freeze them for a later indulgence for one of those "sugar-craving" moments.Serve it plain, with strawberry jam or go all the way and make a dessert out of it with fresh strawberries and whipped cream.This is Australia's national cake for good reason!!
5 from 1 vote
Print Recipe Pin Recipe
Prep Time 1 hr 20 mins
Cook Time 25 mins
Freezing time 1 hr
Total Time 2 hrs 45 mins
Course baking, Dessert, Kids' Snacks, Party Food, Picnic
Cuisine Australian, New Zealand
Servings 35 lamingtons

Serving them as a dessert 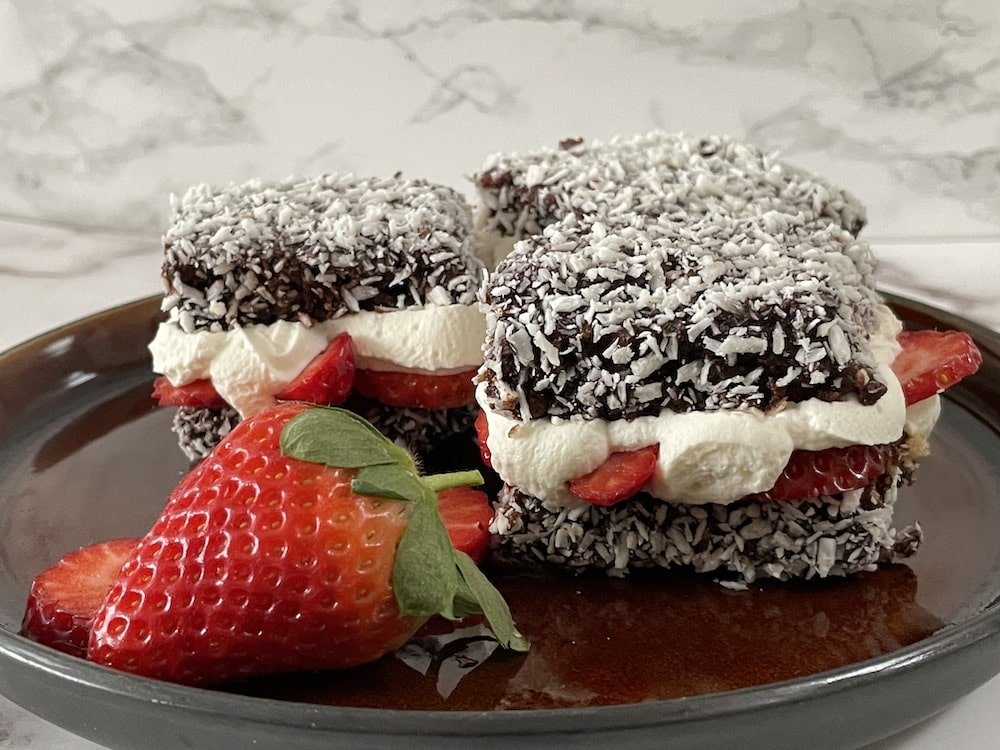 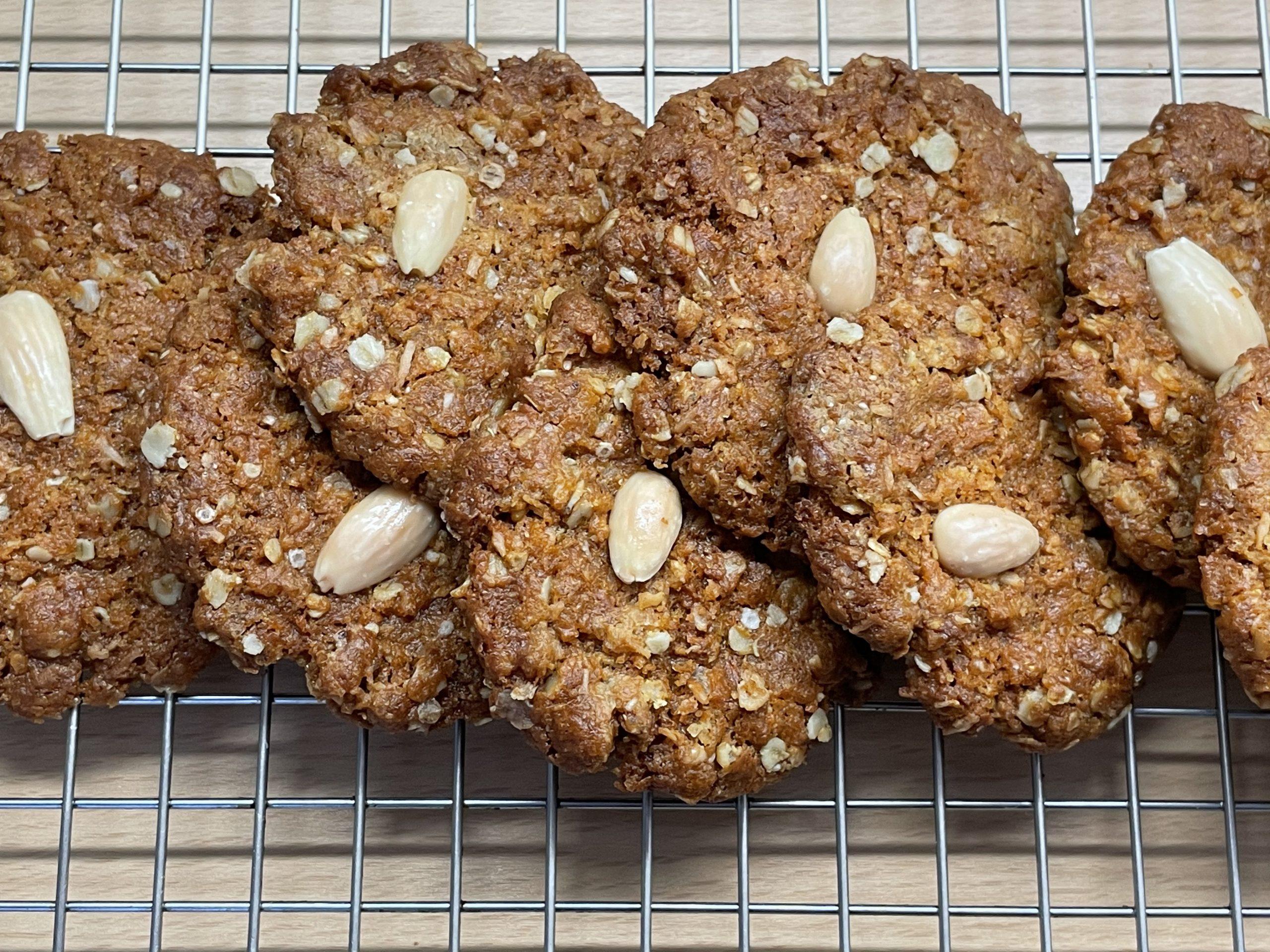 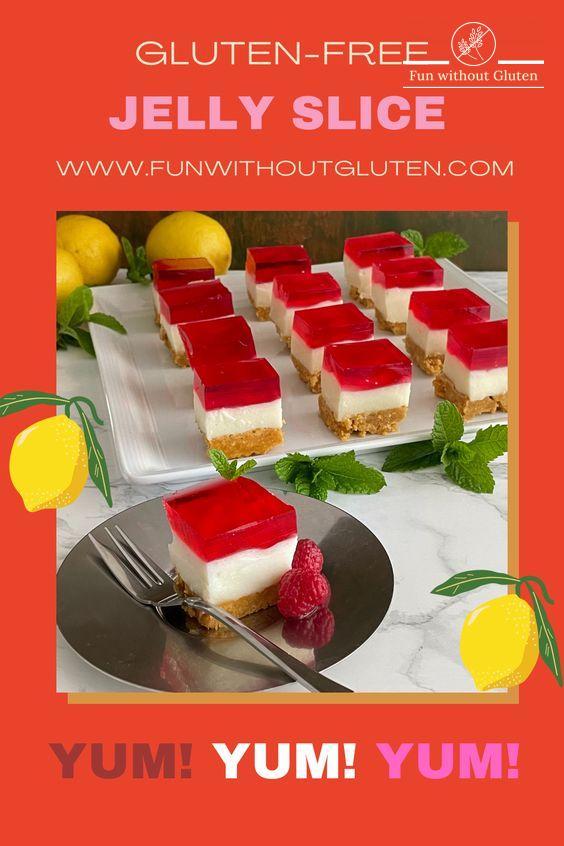 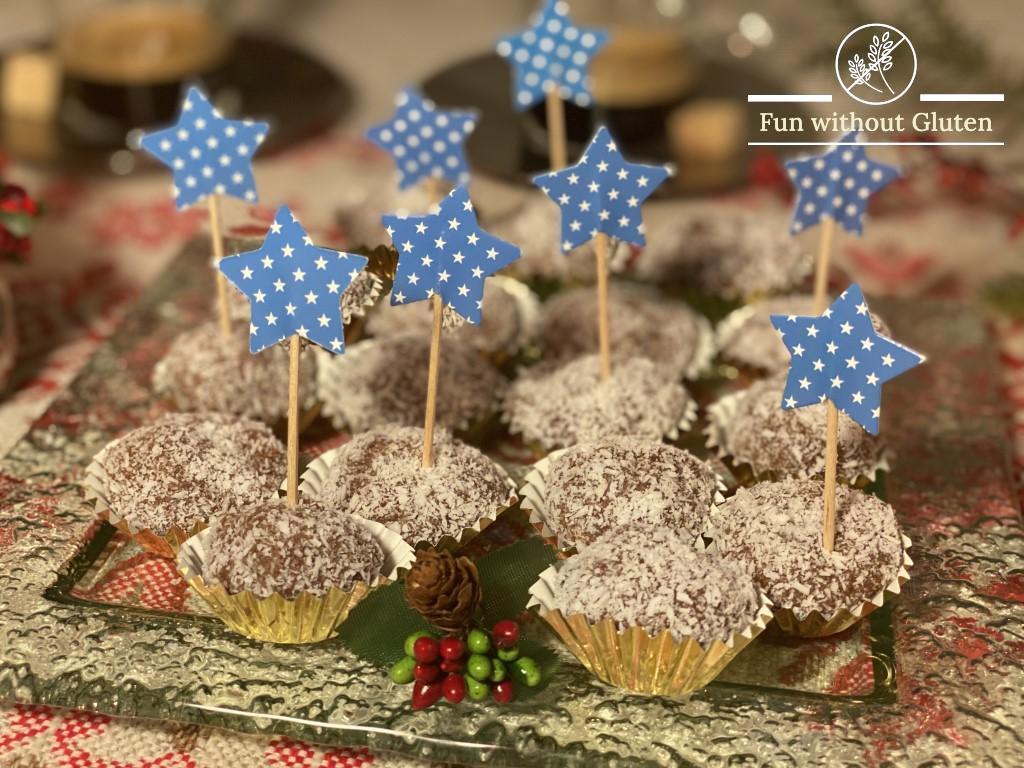