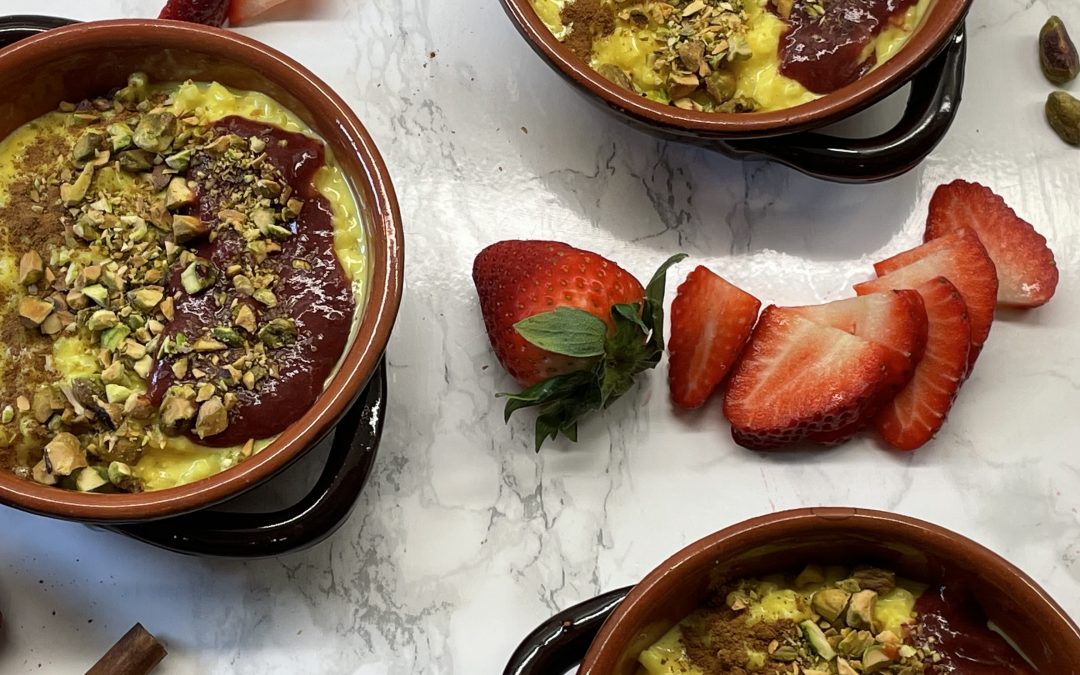 If you’re game to try something new for dessert, I guarantee this will be a pleaser!

I drew inspiration for this dessert while browsing through the many fantastic recipes released by the New York Times Cooking. It’s based on a recipe adapted by Priya Krishna who sourced it from Sara Mardanbigi and Edgar Rico, the owners of Nixta Taqueria in Austin, Texas. The rice pudding is a take on sholeh zard, a Persian rice pudding, but it also is influenced by the Mexican dessert, arroz con leche (rice with milk).

My adaptions to the original recipe

After trying the recipe and loving the results, I have only changed a few ingredients and made some minor adjustments to the method. The spices and vanilla give an extra boost to this traditionally bland pudding. It almost has a savoury flavour to it, but this is balanced cleverly with the addition of the strawberry coulis sauce and cinnamon.

What rice do I use? 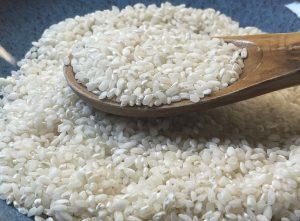 Using short-grain rice will give the rice pudding a smooth texture. If you happen to come across milk pudding rice, this will do the trick. Alternatively, you can also use glutinous rice.

How to garnish the rice pudding:

Making a strawberry coulis* is straightforward and adds a delicious zing to the milk pudding. *A coulis is basically a puree and thinned down fruit or vegetable sauce.

Buy a regular snack pack of already salted, roasted pistachios. The saltiness complements the sweet pudding and the roasted notes add another layer of flavour to the dessert.

Not only does cinnamon taste amazing in desserts, but it is also good for you. Cinnamon has anti-inflammatory properties, helps with blood pressure and improves gut health. 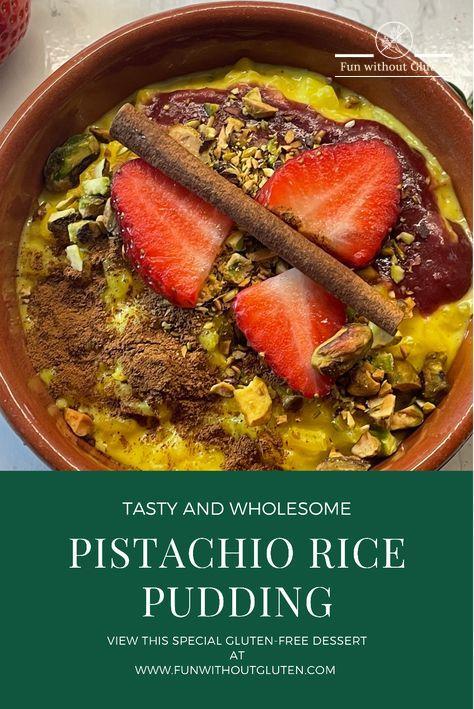 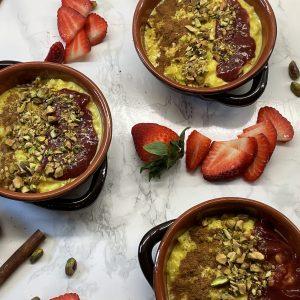 Keyword gluten-free dessert, naturally gluten-free
Tried this recipe?Let us know how it was!
Please mention @fun_without_gluten or tag #funwithoutgluten!