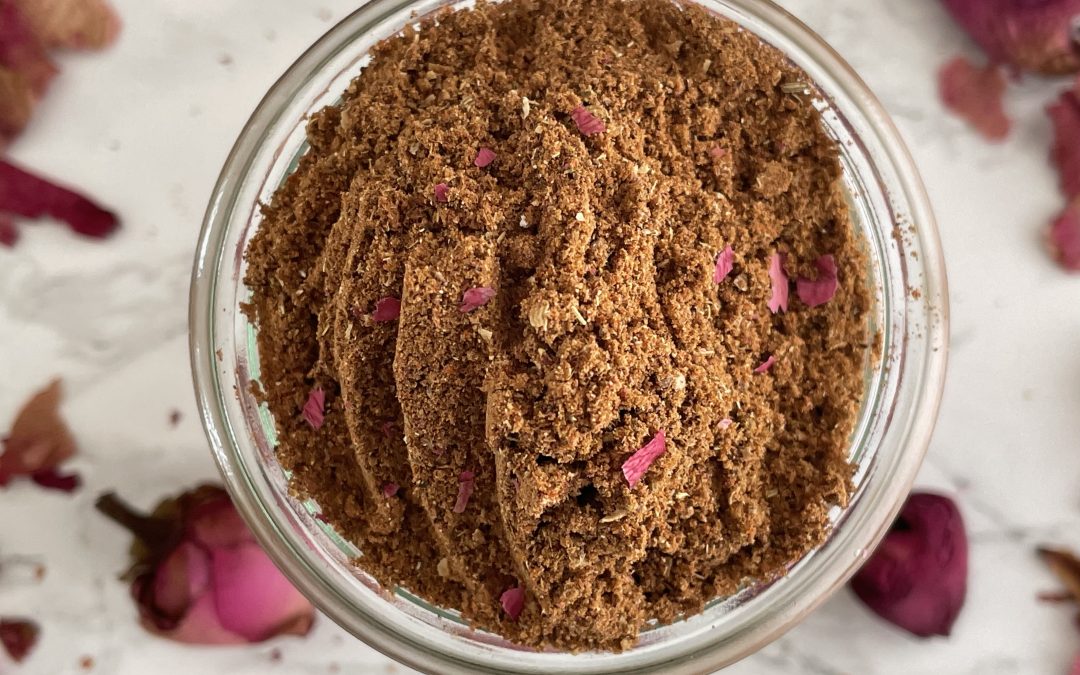 What is Ras el Hanout?

Ras el Hanout is a spice blend used extensively in many Middle Eastern countries, including the Mediterranean region.

Ras el Hanout literally translates as “head of the shop”, probably due to the long list of herbs and spices added (30 to be exact!) to make this powerful blend for many Moroccan and Middle Eastern dishes, but in reality, it actually means “top shelf” – the very best blend on offer.

One of the traditional and old-school ingredients includes a golden cantharides beetle that is an aphrodisiac also known as the Spanish fly. However, outside of Morocco and the Middle East, this ingredient is not usually added in a regular Ras El Hanout blend.

If you are lucky to be travelling through some of the Moroccan spice souk markets, you will certainly stumble across many merchants selling their own house blend of Ras el Hanout or also known as mrouzia spice which is used famously in the lamb and honey dish, mrouzia.

Some will leave out the rose petals and add lavender instead, while others will produce a woodier blend leaning more towards cinnamon and mace. The level of spice also varies depending on how much cayenne they add. Despite the variety of blends, there is no doubt that market-bought or homemade are best rather than store-bought (mass-produced) versions that have lost their aroma and strength in taste. How to make an authentic blend

Dry roasting the seeds and whole spices add that extra flavour and aroma element to the blend, but if you rather skip this part then simply grind all the ingredients skipping this step. The blend will still be amazing but have a less “nuttier” flavour compared to when roasted.

Although my ingredients list seems long (even after scaling it back), most of the spices are easy to find in most countries outside of Morocco. The beauty of making your own is knowing that it is completely gluten-free; tastes & smells better and you can customise the flavours to your liking after several tastings.

So, you’ve gone to the trouble of making it, now how do you use it?

Ras el Hanout is used extensively in tangines, rubs for grilled fish and meat, vegetables, couscous, meat balls (koftas) and soups, but if you fall in love with this blend, you’ll be adding it to scrambled eggs, omelettes, savoury fillings, rice, pizza, potatoes, etc, in no time!

A good way to enjoy this spice blend is by adding it to the lamb mince filling in my gluten-free lamb pide recipe. 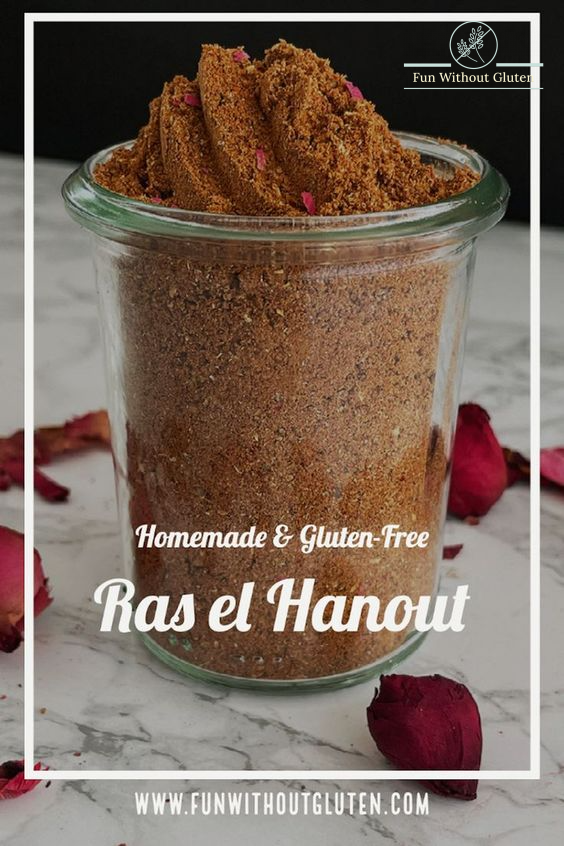 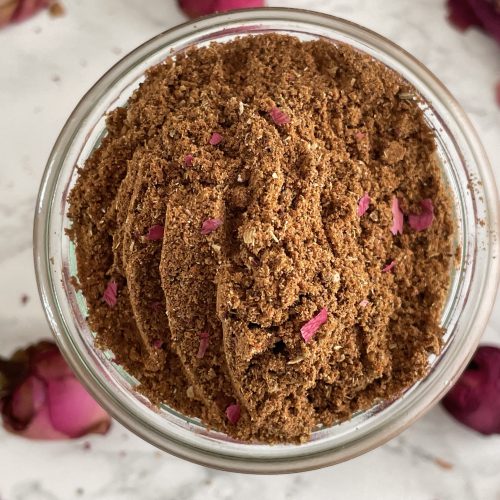 Keyword gluten-free middle eastern, gluten-free seasonings
Tried this recipe?Let us know how it was!
Please mention @fun_without_gluten or tag #funwithoutgluten!