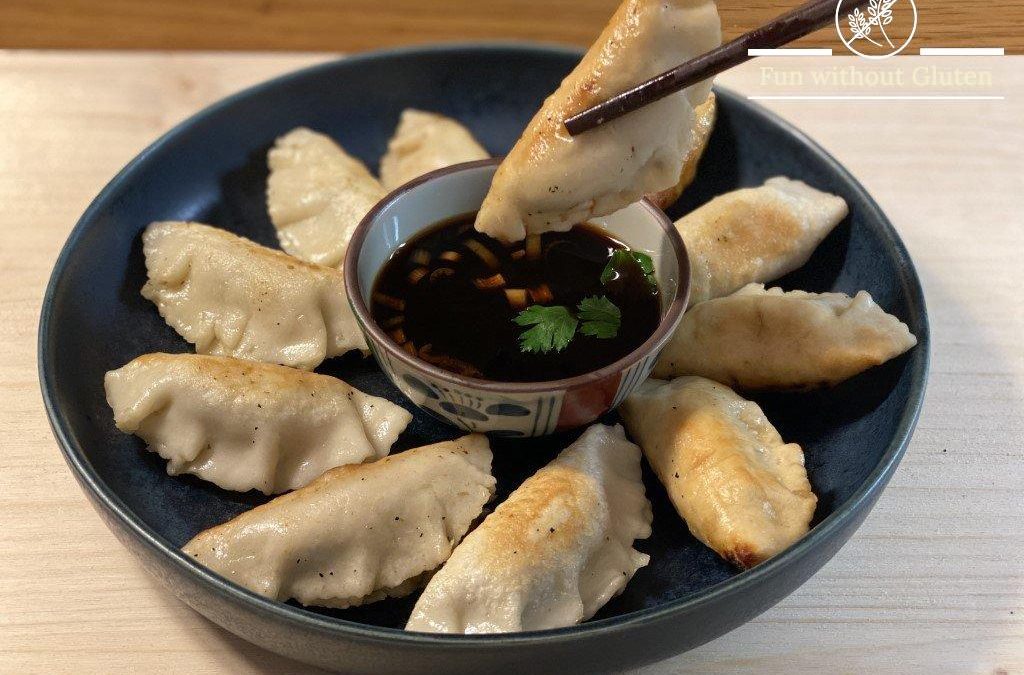 Gluten-Free Potstickers will delight children as an after-school snack or meal!

What is a potsticker?

It is a part-fried, part-steamed Chinese wonton dumpling, fried until brown and crisp on the bottom and simmered in a small amount of broth which adds flavour and steams the potsticker.

Where do they originate from?

China. According to legend, an imperial Chinese court chef accidentally left a batch of regular Shui jiao boiled dumplings to burn in the wok, causing the bottoms to be crisp and overcooked. Panicking, the chef pried them from the work and proceeded to serve them. Luckily, they were well-received by the guests who loved the contrasts between the rich filling, delicate skin and crispy bottom. In Mandarin, the name for potsticker is Guotie – Guo means wok and tie means stuck. 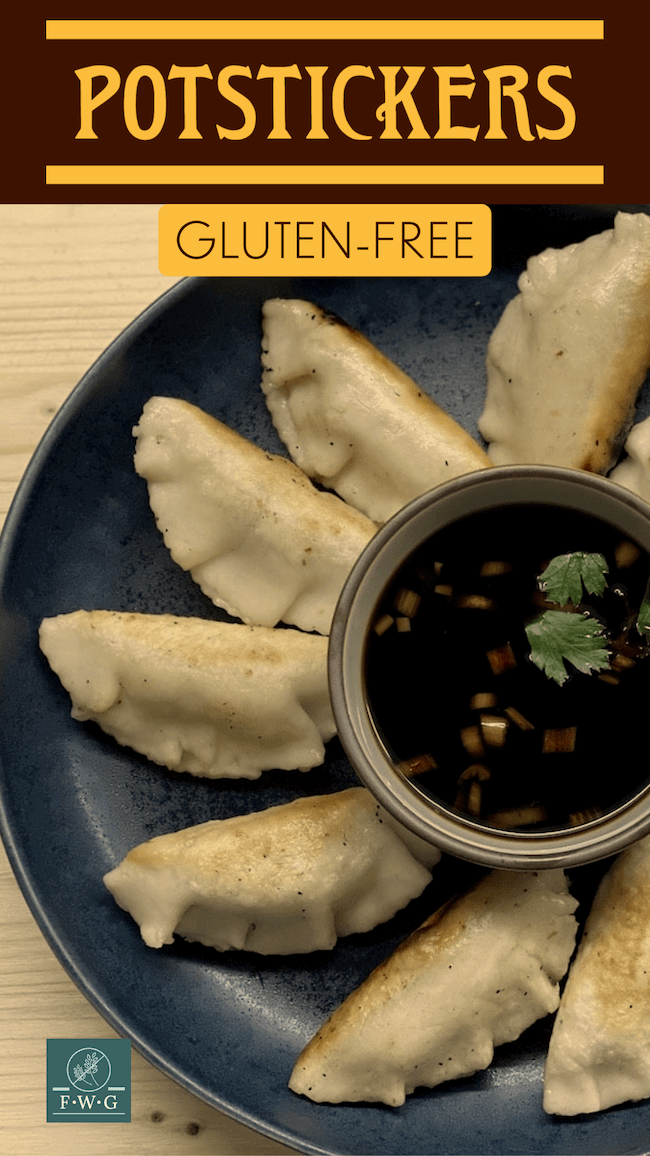 How do you serve potstickers?

Gluten-Free potstickers are served with a tangy soy & vinegar dipping sauce. For a more complete meal, serve a bowl of broth, steamed rice and Asian steamed greens on the side.

There are plenty of fillings to choose from. I have two fillings for you to choose from, meat & cabbage filling or a vegetarian/vegan filling of tofu, mushrooms and water chestnuts. 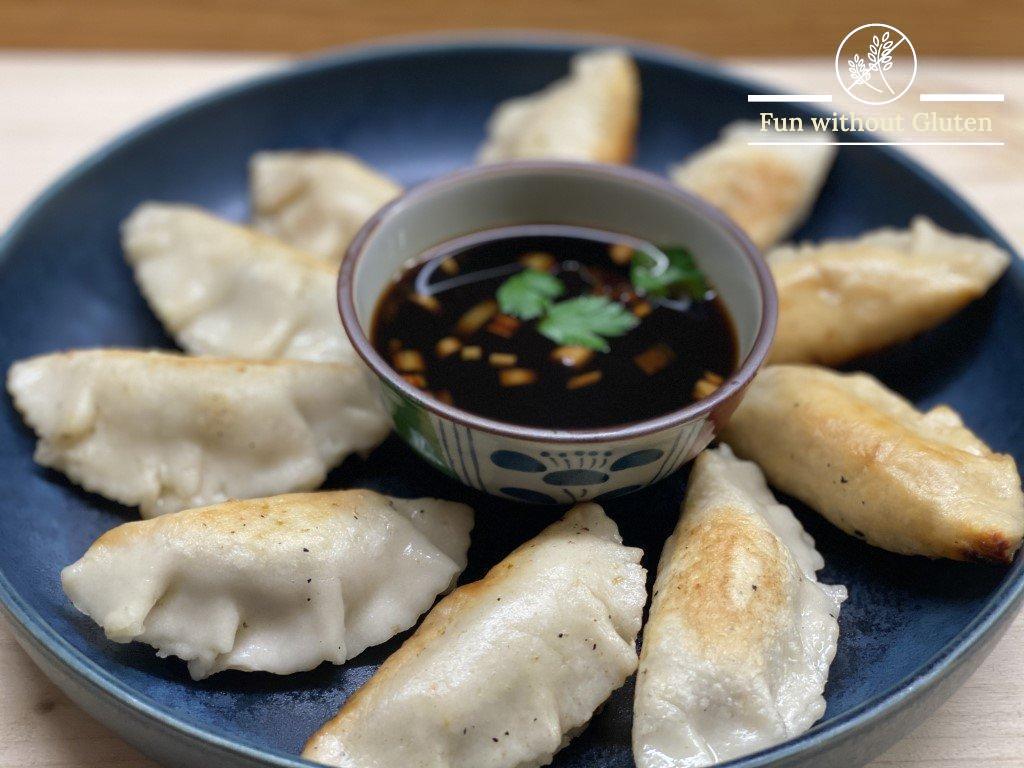 What are water chestnuts?

Actually, the water chestnut is not a nut, but an aquatic vegetable that grows in marshes, underwater, in muddy conditions. The small, round “corms” of this aquatic plant are eaten raw or cooked mainly in Asian dishes. The water chestnuts give the gluten-free potsticker filling a slight sweet crunch and absorb the seasoning well. If you have never bought water chestnuts before, they are readily available at most Asian supermarkets. Asian dumplings, wontons and potstickers were one of my favourite Dim Sum snacks in Singapore. Dim Sum is a large range of small dishes traditionally served in restaurants for breakfast and lunch. As a child, there was something magical about Dim Sum restaurants, where the staff carted around the tables with their trolleys laden with bamboo steam baskets filled with piping hot dumplings and other snacks. I never knew what filling I was eating, as there were so many varieties, but I ate them anyway – all of them were so good! 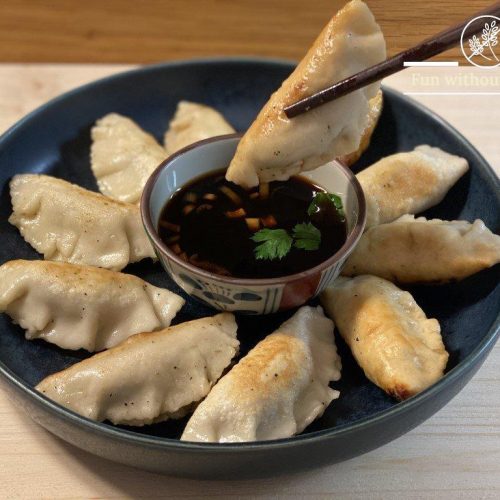 by Sandra - Fun Without Gluten
If you have children who are fussy eaters, these gluten-free potstickers filled with either meat or a vegetarian mixture are a big hit as an after-school snack or dinner. Learn how to make gluten-free potsticker dough and how to assemble them by following my video tutorial as well as this recipe.
5 from 1 vote
Print Recipe Pin Recipe
Prep Time 35 mins
Cook Time 10 mins
Potsticker Dough Resting Time 20 mins
Total Time 1 hr 5 mins
Course Kids' Meals, Main Course, Snack
Cuisine Chinese
Servings 30 potstickers

Rolling Out & Assembling the Potstickers 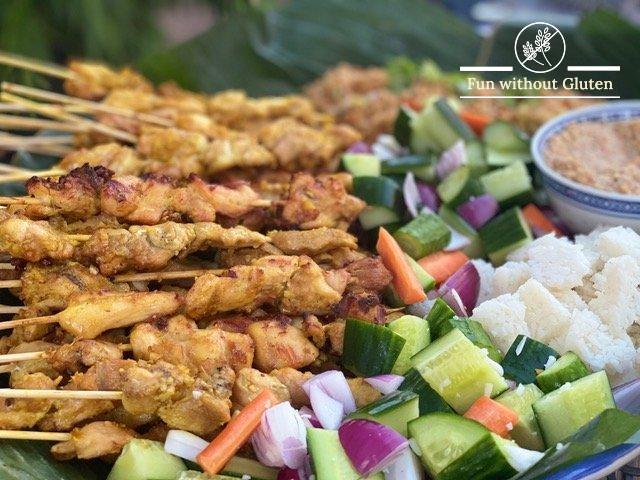