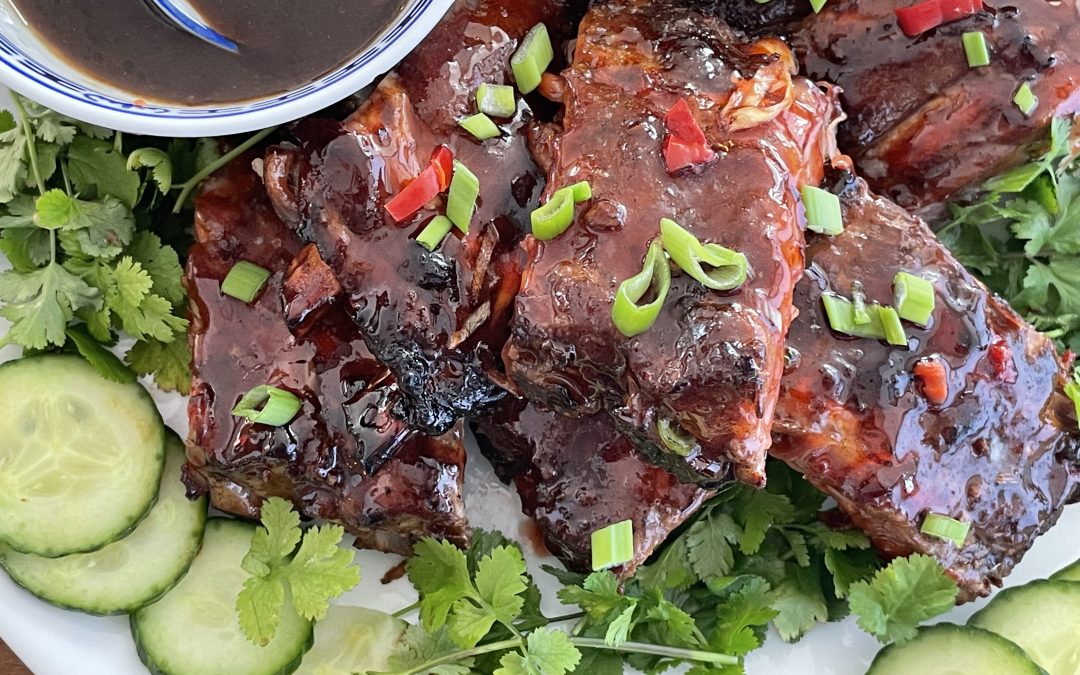 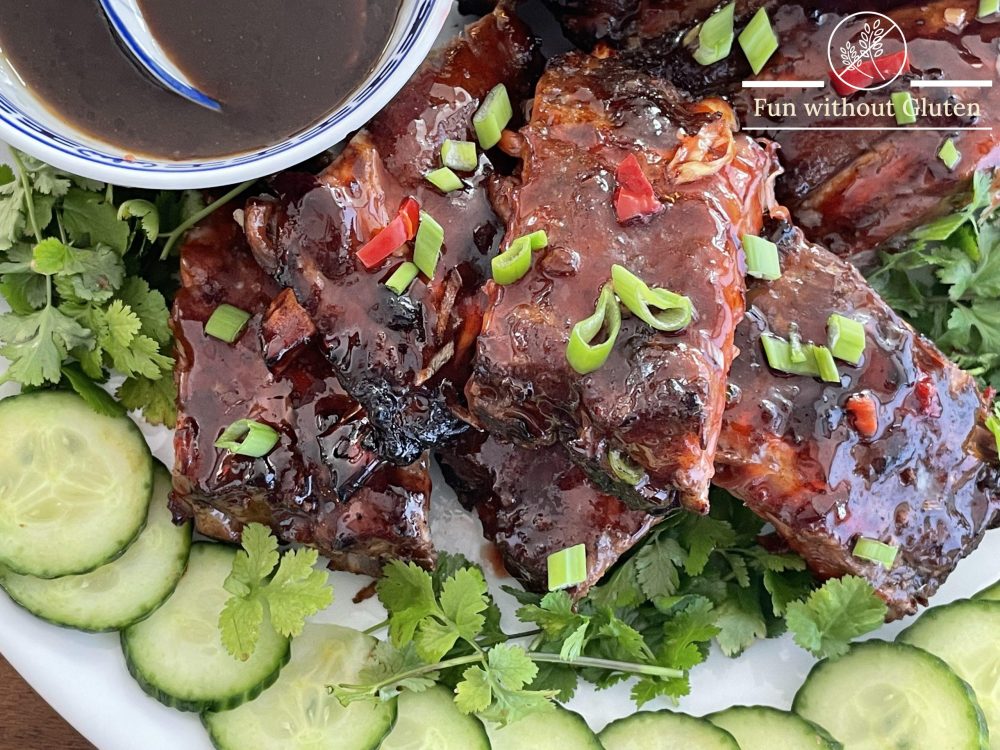 Bring in the Lunar New Year with a feast of Gluten-Free Char Siu Pork Ribs!

If baby-back pork ribs are your thing, then these gluten-free Char Siu pork ribs, also known as Chinese BBQ ribs, will make you weak at the knees!

After an overnight marinade in my homemade gluten-free Char Siu sauce, they are cooked slowly and basted lovingly over a water bath in the oven. The hallmark of Char Siu is the red colour around the pork, as well as it is glistening sheen and sweet aroma. 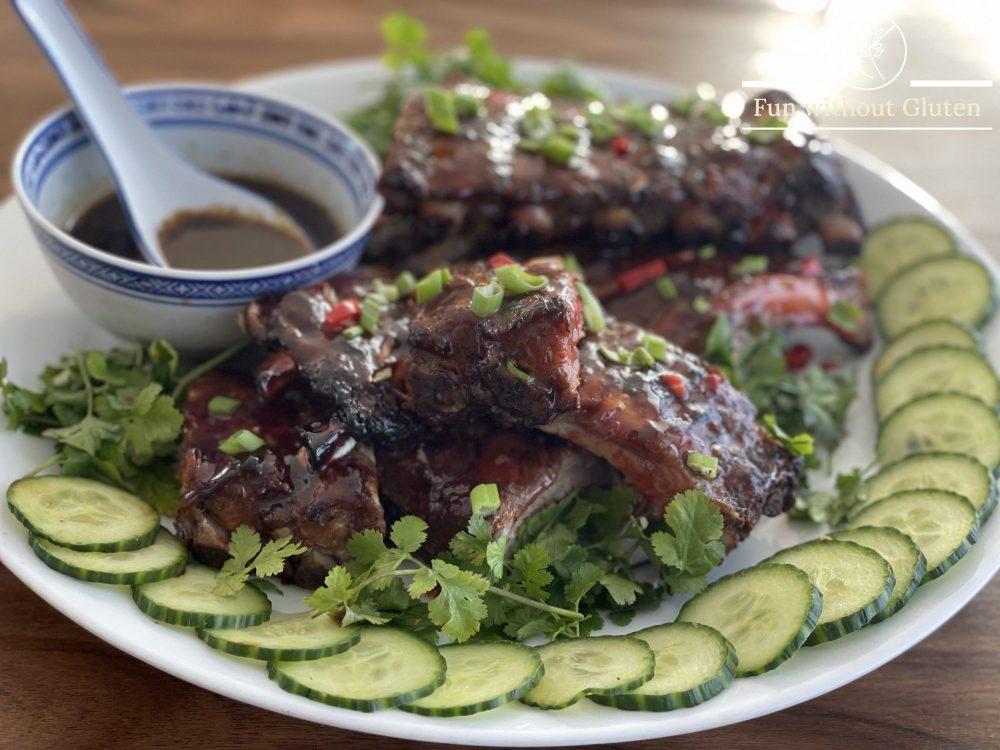 What does Char Siu mean?

Sometimes spelt as Char Siew, this sauce is sold in jars at most Asian supermarkets. It is often referred to as a Chinese barbecue sauce as it typically contains honey, soy sauce, brown sugar and aromatic seasonings, found in many regular barbecue sauces. Added to pork cuts, it creates a perfectly charred, tender, sweet & savoury finish.

What sets Char Siu Sauce apart from the regular BBQ sauces are the following gluten ingredients that I have found a gluten-free substitute for:

Also known as fermented tofu, bean cheese or tofu cheese. It is a flavour enhancer made from fermented soya bean curd that has been bean preserved in rice wine and other seasonings. Many have wheat or gluten soy sauce added. However, there are some hard-to-find brands that use rice and no soy sauce. Its deep red colour also gives the Char Siu sauce its typical brilliant red colour. As it is difficult to find gluten-free red bean curd, I have left this ingredient out in this recipe and added a few drops of red food colouring to the marinade and glaze.

Based on a fermented soya bean paste, similar to red bean curd, it is also a flavour enhancer to many dishes, especially in Char Siu dishes. It tastes sweet, pungent and rich, adding an amazing umami flavour. Typically, it is made using gluten ingredients such as soya sauce, but gluten-free Hoisin Sauce has become more readily available at Asian supermarkets. Alternatively, I have created a homemade gluten-free Hoisin Sauce that works well where needed in Chinese recipes, using uncomplicated ingredients. 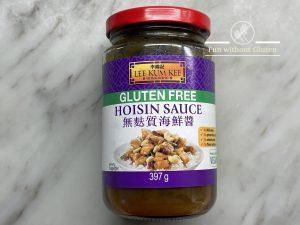 This is a sugar syrup made from corn. In its natural state, it is gluten-free, but Chinese maltose contains gluten as it is fermented in barley grains. I have substituted this in my recipe with honey or golden syrup.

Luckily there are plenty of gluten-free soy sauces to choose from including the Tamari range.

A Chinese rice wine that is used often in cooking. Although it is made from rice, it is worth noting that there is also a small amount of wheat. Dry sherry works as a good gluten-free substitute.

As with all store-bought seasonings, always read the packaging for gluten ingredients before buying. Some seasonings have wheat flour added to bulk them up. If you prefer to make your own, head to this recipe using star-anise, black pepper, fennel seeds, cinnamon and cloves. What pork cuts are used with Char Siu sauce?

A trip to Chinatown in any city will typically greet you with appetising roasted meats such as Char Siu pork, chicken and duck hanging at the windows of Chinese restaurants. 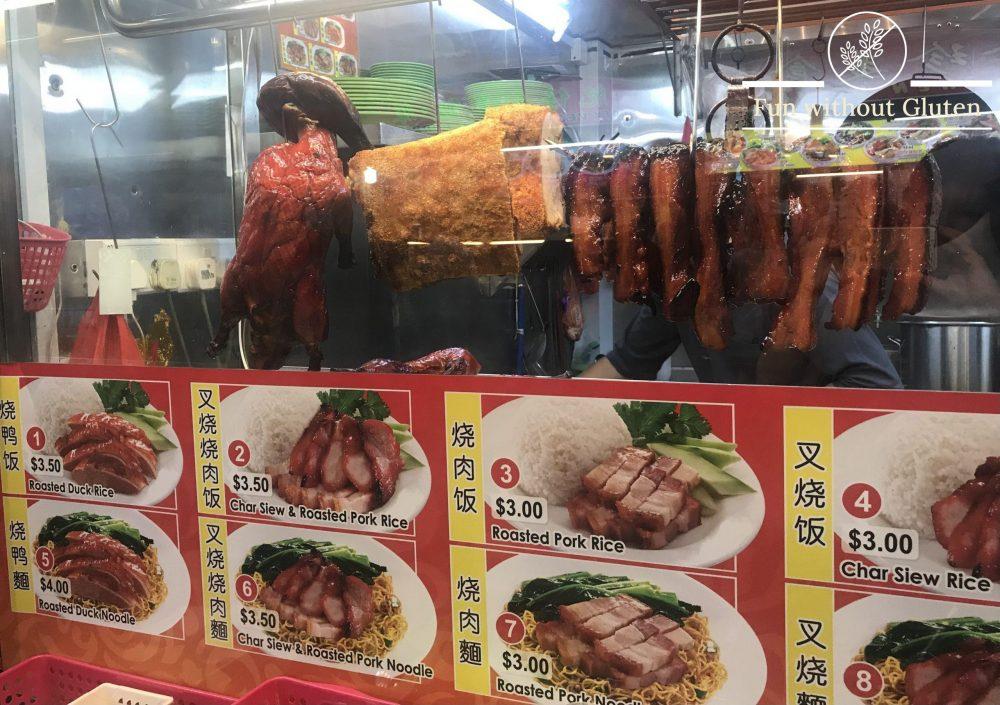 The following cuts can be used to make delicious Char Siu from lean pork to fattier cuts:

Typically sold by weight either whole or chopped into thin pieces to be used in fried rice, noodle dishes or as part of a filling mixture in Char Siu Paus (Chinese BBQ Pork Steamed Buns). As this is a lean cut, it takes the least amount of time to cook and needs to be carefully watched while cooking so that it doesn’t become too dry and tough.

A decadent, but fatty choice. Used sparingly in cooking, it adds a definite wow factor to Chinese dishes.

A popular choice to cook low and slow finished off under the grill or over hot coals.

As used in this recipe, this pork cut serves as a dish on its own. Perfect for barbecues, festive occasions and family dinners. Why do I need to use a water bath during cooking?

There are a number of reasons it is a good idea to roast the ribs on a wire rack over a deep roasting pan filled with 4cm of boiling water:

Serve the ribs whole or for practical purposes, slice the ribs apart for easier serving and eating.

Prepare some thinly sliced cucumber, spring onions and chillies to decorate the platter as well as fresh coriander leaves.

Use the reduced basting water to create a dipping sauce for that extra flavour and sauce for the ribs.

Of course, who can resist a bowl of steamed Jasmin rice to mop up the sauce!

Don’t forget to serve the ribs with several finger bowls and plenty of serviettes for those sticky fingers!! 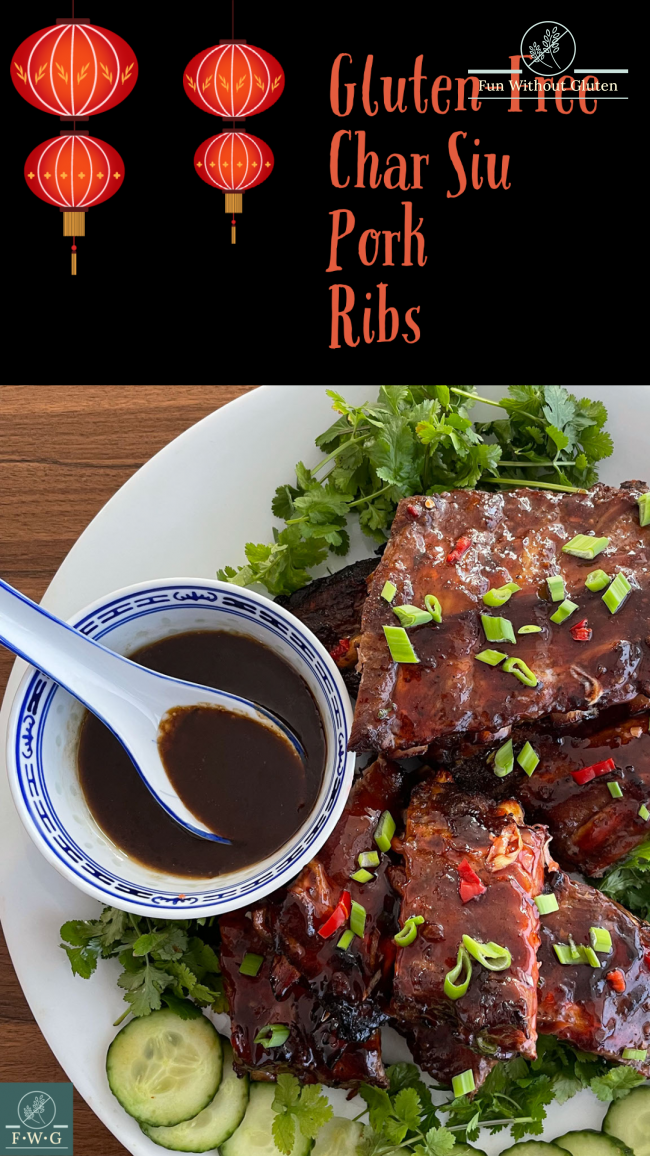