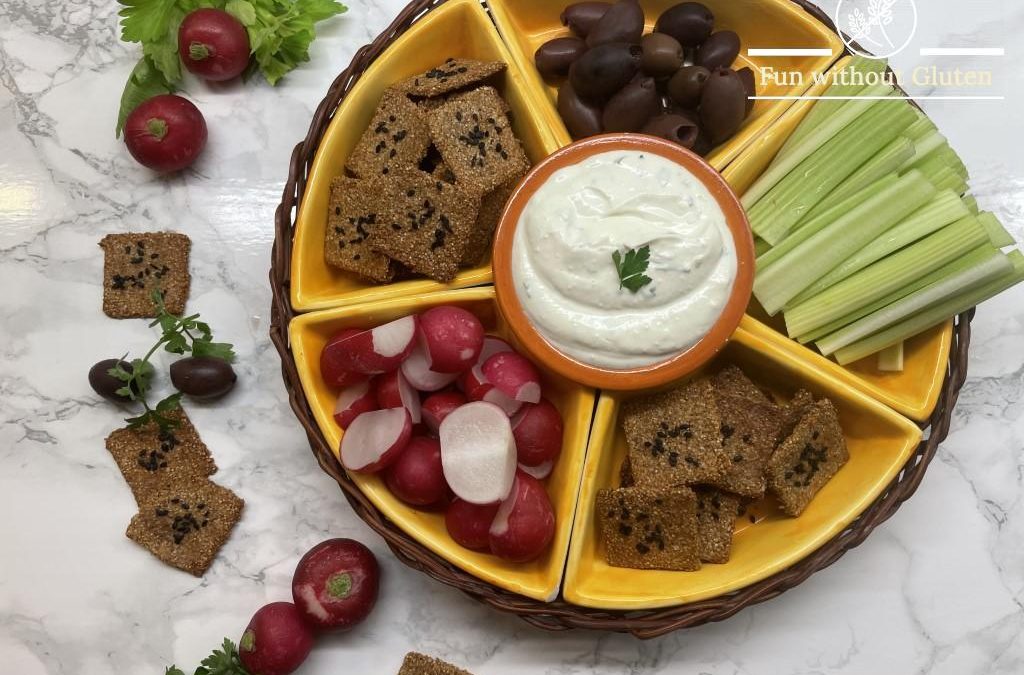 Here’s a gluten-free flour I never heard of, amaranth flour, a very under-rated member of the gluten-free flour family. I suppose it depends on how you use this flour. From experience, I would only use it in savoury bakes and dishes, due to its nuttiness and earthiness, which is great in crackers, bread and savoury tarts/pies.

Amaranth flour has the highest protein compared to any other gluten-free grain. Used widely by Aztec and Inca civilisations, it is produced by grinding seeds from the amaranth plant into a fine powder. Even though it is not a grain, it copies the same attributes to a gluten-grain in taste and texture.

As I try to simplify my baking with my homemade gluten-free flour blends, every now and then, I like to experiment with the many gluten-free flours out there, especially when they are nutritious and add an extra depth in flavour and texture, as this recipe offers.

In the next few weeks, I will be posting a future blog listing the most common gluten-free flours and their appropriate uses in baking and cooking. It is encouraging to know that there at least 16 gluten-free flours out there to play with that can be adapted to your favourite dish. Every now and then, I will sneak in a different gluten-free flour that works appropriately for a particular recipe.

Getting back to these amaranth crackers. I was a bit dubious with the dense dough consistency as I was rolling them out into very thin squares, but once baked, they became awesome, none-the-wiser gluten-free crackers that are perfectly paired with a creamy feta ricotta dip (recipe included).

For the cracker dough:

For the feta ricotta dip:

2. Grind the sesame seeds in a food processor until finely ground.

3. Mix in the rest of the ingredients.

4. Once the mixture has become a soft dough, transfer the dough to a countertop to roll out between two sheets of baking paper.

5. Roll out as thinly as possible and begin cutting out with either a square cookie cutter or freestyle your shape with a knife. 6. Transfer the biscuit shape to a lined baking tray using a spatula.

7. Brush each biscuit with the honey water glaze mixture followed by sprinkling them with black or white sesame seeds. 8. Bake for 15 minutes until crisp and slightly golden on the edges. Keep an eye on the first batch as ovens vary in temperature.

9. Allow to cool on the baking tray and remove to dry on a wire mesh before serving with a dip or storing in an airtight container.

10. Prepare the dip by combining all the ingredients together and transfer to a serving bowl to serve with the freshly baked crackers. Crackers keep for 5 days in an airtight container.

Feta ricotta dip keeps for 3 days in the refrigerator.