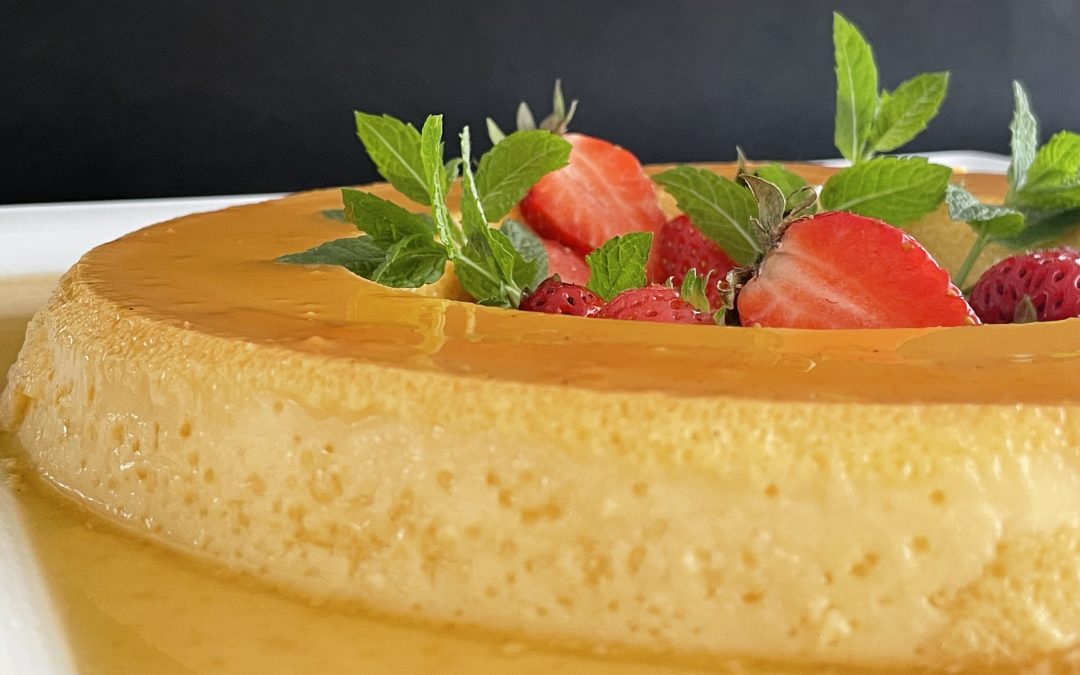 Flan served with dulce de leche is a simple, naturally gluten-free dessert that is a family-favourite in most Spanish, South American & Mexican households. My Argentine grandmother often served up a huge portion with a dollop of dulce de leche next to it, which is a very traditional addition in Spain too.

Flan is well-received on a hot day. The cold custard is not super sweet, but the caramel sauce adds that extra sweetness to balance the flavours. Without the dulce de leche, flan is quite a light dessert, in fact refreshing.

Can I add some extra flavours to the flan?

If you want to be a bit more adventurous with the flavours, try adding 2 teaspoons of orange, coffee or chocolate liqueur. The last two liqueurs will darken the appearance of the flan, plus taste richer. Try to use the freshest, organic eggs in this recipe, especially as the eggs are the main ingredient.

Using organic will give a superior flavour, but using normal milk and cream is fine. If you are lactose-intolerant, I know from experience that lactose-free milk and cream work well in this recipe.

Choosing between vanilla extract, pods or just seeds is up to you and its availability. If you really like the flavour of vanilla, perhaps mix it up. The pods can be cut in half, so don’t waste a whole vanilla pod as I know they are expensive.

If you are lucky to find a jar of Argentine Dulce de Leche, like Havanna, San Ignacio or La Serenisima, in your home country, I would buy this in a shot as every spoonful is magical. In Europe, I have bought two very good versions by Bonne Maman labelled as “Caramel” and Chimbote, both made in France.

Alternatively, if you are game to make your own, it’s not that complicated. All you need is a tin of condensed milk, a slow cooker or a pot and 9 hours! It will convert from condensed milk to a rewarding and equally delicious dulce de leche for the fraction of the cost. Here is the link to my step-by-step recipe for homemade dulce de leche. 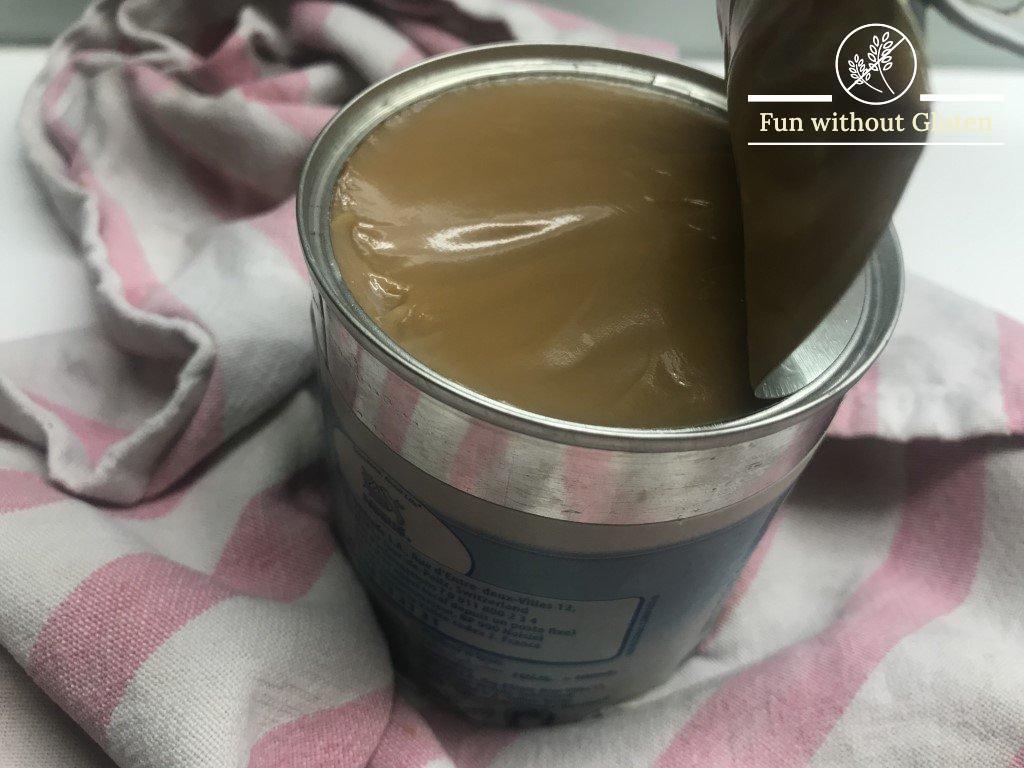 How long does the flan take to set?

Flan is simple, but like most cold desserts, it needs time to set 100%. Plan ahead and make it the day before or in the morning to serve later on the same day. Most cookbooks suggest chilling it for 8 hours. I tend to agree unless you are serving it directly from the ramekin pot, then reduce the time to 3 hours.

How to remove the flan

When you are ready to serve the flan, simply use the same water bath tray used during cooking and fill it with hot water to about 2 cm high. Place the flan tray in the water and leave it there for 2 minutes, then run a knife around the edge of the flan, tap the base and sides.

Place a serving plate over the top and flip it over onto it. The flan should slide out easily. Drizzle the caramel over the flan. If any hard caramel is leftover in the pan and you need more to drizzle, place the flan tray back into the hot water to melt it down again. 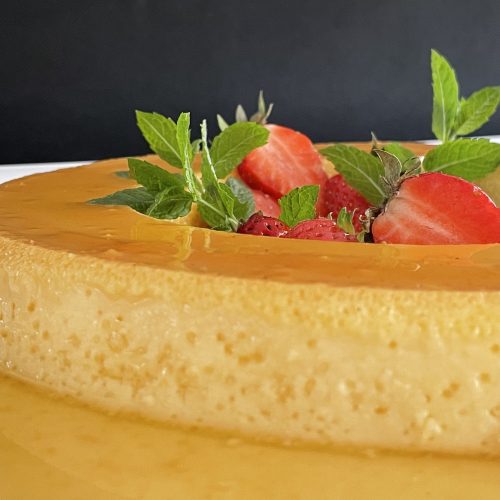