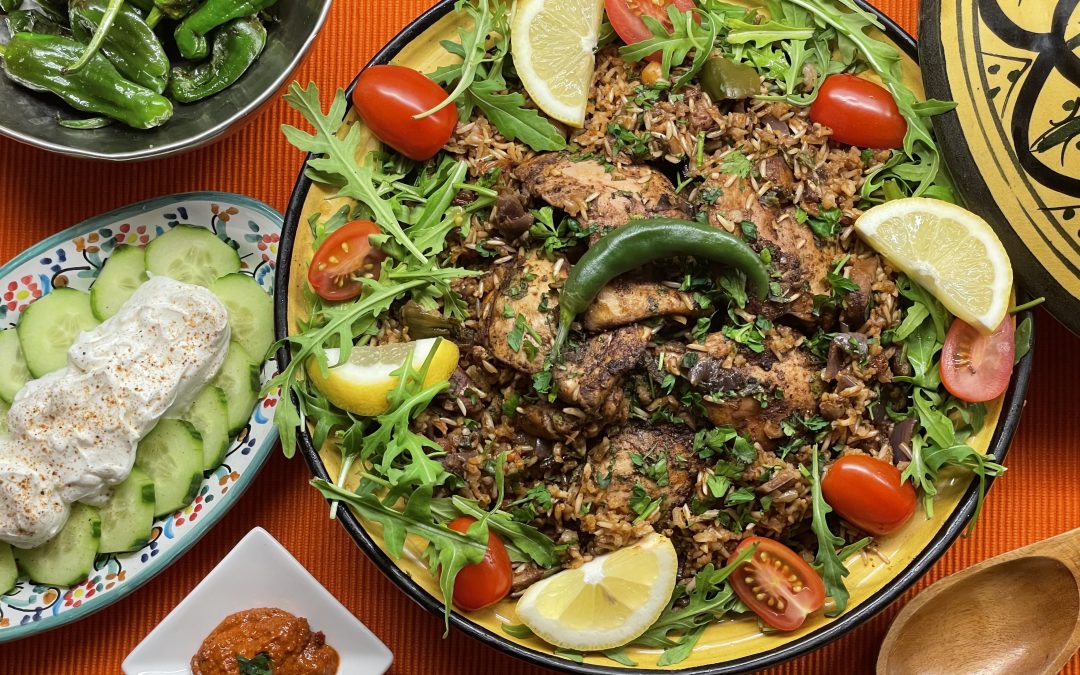 This recipe is like a Middle Eastern Paella, prepared and cooked in one pan in under an hour. The chicken is succulent, seasoned in a Baharat spice blend and accompanied by a healthy serving of vegetable lemon rice.

Baharat is a warm spice blend known as the Middle Eastern equivalent of India’s garam masala. It is used extensively as a dry rub in all meats and fish, a vegetable topping or in curries and tajines. In Arabic, Baharat means spices, and although the blend varies from region to region, it usually contains the same ingredients of cumin, coriander, cardamom, cinnamon and paprika.

I have included a recipe to make a homemade Baharat blend to add to the Baharat chicken marinade. Once the chicken has marinated in the Baharat spice blend and oil for several hours, this rice dish is prepared on the stove in under an hour.

I normally select par-boiled brown rice when I make this dish for my family as it cooks faster and adds a nice wholesome touch to the dish. In the recipe card, I have listed the different cooking times for four types of rice grain.

Want to cook the chicken without the rice?

If you rather leave out the rice and just enjoy the chicken, simply grill the chicken pieces on a hot skillet or roast it for 20 mins in a hot oven. Sprinkle the chicken pieces with coriander, lemon juice and a few slices of red chillis. Serve it with a fresh garden salad and some Baharat spiced yoghurt on the side. 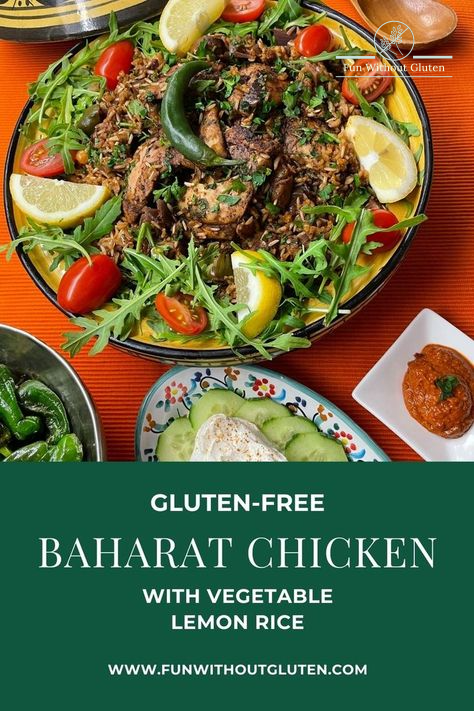 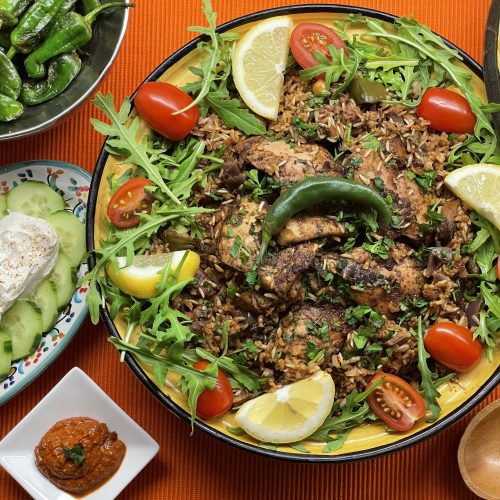 by Sandra - Fun Without Gluten
This recipe is like a Middle Eastern Paella, prepared and cooked in one pan in under an hour. The chicken is succulent, seasoned in a Baharat spice blend and accompanied by a healthy serving of vegetable lemon rice.All the ingredients and instructions for the homemade Baharat spice blend, Baharat chicken and the vegetable lemon rice are listed in this recipe card.
5 from 1 vote
Print Recipe Pin Recipe
Prep Time 30 mins
Cook Time 40 mins
Marinating Time 1 hr
Total Time 2 hrs 10 mins
Course Main Course
Cuisine Middle Eastern
Servings 5

Stir-fried Pimientos de Padron (Spanish baby peppers) sprinkled with some sea salt goes well with this dish. If preferred, once the Baharat chicken is cooked, cut the chicken in even slices and return them back to the rice. 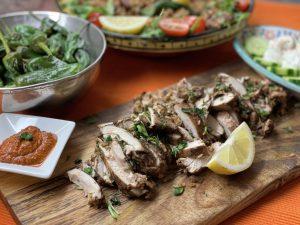